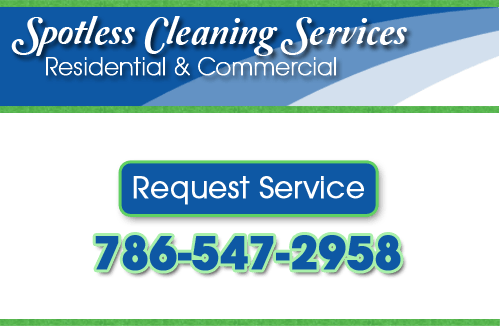 Fill out my online form.

I used Spotless services today for the first time today, and I couldn't be more impressed. Not only they did everything I asked for fast and very thorough, but once they left I found all the extra little things they did […]
- Ramona
Read More

Daiva and Spotless Cleaning are awesome! We do not live in Miami full time and so it’s very important to us to have someone reliable and trustworthy–not only to take care of the cleaning — but to know we can call on for any unforeseen problems that arise. […]
- Kathy
Read More

Your team of specialists will always be my choice for cleaning my home. Boy, does my family and I breathe so much better! […]
- Local Customer
Read More

How I love coming to my office even more! Every section feels new again! […]
- Local Customer
Read More